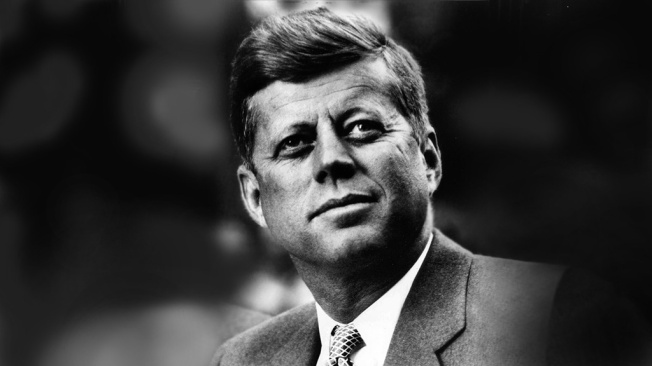 I was 20 years old and working in the Security First National Bank in Inglewood, California where I ran the switch board. The switchboard was a huge old thing with about one hundred cords (lines) and things called keys which opened or closed a line.  It was kind of a boring job, but I liked sitting on the platform positioned above the bank’s main floor where I could see everyone coming and going.  The bank was one of those great old fashioned bank buildings even then from the past, marble columns, marble floors, beautiful wide curving staircase to upper floors carpeted in red plush carpet.  Elevators with polished brass buttons and an Elevator Guide during the hours of 1:00 pm to 3:00 pm when the bank was busiest before it closed its business doors each day at 3:00 pm. Remember that?  Banks used to close at three pm every day.  It was an orderly world and life moved at a measured and expected pace.

I remember I was wearing a teal colored cotton dress that day, which I had bought on sale from a local dress shop.  I loved that dress because no one else had anything in that color and it complimented my eyes, or so I thought.  It was styled with a bias cut bodice, tiny cap sleeves and a full circle skirt that looked great with high heels.  My friends and I had plans to go out that evening, and I thought I looked pretty cute!

The switch board was  quiet for a Friday, and I was sort of day dreaming about the coming weekend.  An outside call came in from a man who told me without preamble that “the president has been shot.”  I looked over to the bank president’s office and I could see him in there so that wasn’t true.  Then the caller said “President Kennedy has been shot.”   I didn’t know who the caller was I just put him on hold and called the bank president’s office, and told him what the caller had said and he took the call.  After about 5 minutes he rang me and told me to announce over the PA system that the bank would be closing at 1:00 pm today.  I made the announcement and there was a flurry of voices on the floor beneath me, and then the president’s office called me again and told me to announce “President Kennedy has been shot.  The bank will be closing at one today.”  I had to make that announcement two more times in that hour.  We didn’t know if our president had been killed or just wounded.  The entire bank suddenly became very quiet.  People finished their business and left.  I could hear crying, but there wasn’t much talking.  The switchboard remained quiet except for a few inquiries asking if “it were true.”

People were standing quietly apart from one another.  There was no wailing, no falling into each other’s arms, no public display of passion and fear.  No one wanted to speculate about this news that would change our world forever, so we pulled into ourselves trying to understand.  I later head stories of how some people cheered or made disparaging comments, but I never head anything like that at the time.

I remember walking out of the bank that afternoon and thinking the light looked different outside than it had before, somehow darker than it should have been.  The streets were eerily quiet, almost deserted.  Most businesses had closed early for the day.  We were stranded in our shock and fear.  There was no Face Book, no Twitter to share personal feelings with strangers, sure that they would want to know what we thought about this. No phones we could carry around in our hands to immediately contact anyone in the world with.  We stood alone and quiet in our confusion, our thoughts jumbled and chaotic.  Many people were crying silently.

It was a short business day that day, but the longest day in our collective history, long and dark and terrifying in a way we had no point of reference to explain, no context to define what this sudden loss would mean for our future.  It was as personal as shame, a barely recognized collective guilt we couldn’t bring ourselves to voice.  An ancient sadness we had long forgotten took a hold of us.  A ghost of guilt awakened in all of us that day, a dark and shameful thing began to insinuate into our souls and our innocence was lost.